Omnichannel, the metaverse and AI - learnings from NRF 2022

From the metaverse to AI, and from purpose to profit, Retail’s Big Show once again attracted top speakers covering a diversity of topics. Here are some core themes to emerge from the event.

Target CEO Brian Cornell explained how embracing omnichannel, including store-as-a-hub, drove growth during the pandemic. Diginomica reports: “Target’s strategy was built around both digital and the transformation of physical retail, rejecting the accepted wisdom that offline shopping was dead.” Rather than go all-in on online, Target took a blended approach, and invested in new stores in urban areas and creating fulfilment centers in stores – a strategy that has paid off. Lowe’s also shared its faith in omnichannel, describing how it has invested in curbside pick-up, new options for customers to collect items in store, and a mobile app. And NRF quoted Walmart U.S. CEO John Furner as saying: “One thing [we’ve] found is [consumers have] a strong urge to shop any way they want to. Consumers love eCommerce in all its various forms, but they also love going to the store.”


New store formats are emerging all the time

Top retailers have kept the faith with physical stores. Leaders including Ralph Lauren and Target shared strategies which involved new store openings. Susan Reda, NRF’s VP, Education Strategy, said: “Can physical stores deliver a competitive edge? Retailers believe so, and they’re investing heavily to capture shoppers’ interest and provide experiences that promise less friction and a more integrated experience.” Reda described a shop with a climbing wall and said greenery in store is another trend. But perhaps the most eye-catching new format came from Robomart, which demonstrated a store on wheels that customers can summon to their location.


The metaverse can be monetized

While some retail influencers remained skeptical about the merits and/or longevity of the metaverse, Ralph Lauren CEO Patrice Louvet nailed his colors to the mast. He said: “We believe in the metaverse,” and revealed his company had already sold 100,000 units there. “You wouldn’t want your avatar to be running around naked,” he added. WGSN Senior Strategist Cassandra Napoli also spoke about the metaverse’s potential, saying: “The possibilities are truly endless for brands in this avatar economy, as avatars will extend the scope of storytelling for brands.”


Data is the new currency

Retailers know insights from data can be used to improve all aspects of operations – and to make money. Best Buy CEO Corie Barry stated: “We have lots of data about how we can keep the customer’s purchases up and running. How can we refine and improve the customer experience with all this rich data that will allow them to optimize — and also personalize — the way they work?” Her thoughts echoed those of Sajal Kohli of McKinsey, who said: “Data is the new currency of competing.”


Nobody really knows what’s next

You know the future’s uncertain when even the NRF Visionary of the Year doesn’t like to make predictions. Target’s CEO Brian Cornell, who drove his company’s growth by thinking far ahead about omnichannel, said: “I’d love to have a crystal ball and tell you what the first half of the year is going to look like and the second half and when the variant starts to subside, but we are going to have to recognize that each day we have to listen to consumers and make sure we flex and adjust as needed.” The message across the show was for retailers to stay flexible and ready for anything.

Many popular use cases for artificial intelligence in retail have been discussed for years, particularly in the context of matching supply to demand. But using AI to tackle gun violence was a new one on us. Threatvision.ai exhibited to show how its patent-pending AI technology can be used to assess and detect threats of shooting and armed robberies, and then send an instant message warning people of the danger.


The employee proposition needs to improve

Retailers speaking at NRF want to enhance employee conditions, empower their people, and encourage diversity, inclusion and engagement. Chewy CEO Sumit Singh spoke about employee ‘ownership’ of processes to improve performance. Lowe’s revealed it has onboarded 100,000 new employees and invested almost $1billion in incremental bonuses and incentives for frontline staff. Best Buy CEO Corie Barry added: “[Employees now] ask, what is my career path? What are my benefits? What does my development look like?”

Deloitte set the stage for a far-reaching conversation about sustainability with some telling statistics. Research shows that 72% of people think climate change is a global emergency, and that 55% have bought a sustainable product within the past month. IKEA U.S. CEO – and Chief Sustainability Officer – Javier Quiñones shared a range of initiatives and said: “Time is ticking,” on sustainability action. Walmart, IBM and Rothy’s were among other retail leaders sharing their sustainability stories at the show, while Albertsons CEO Vivek Sankaran said: “In food waste, it’s one of those things where if you get really good at it, it’s not only good for society, but it’s also really good from a cost standpoint.”

One of the best things about the show was it enabled many old friends and colleagues to meet each other again in person. While virtual and video tools have been useful during the pandemic, somehow we don’t think they’ll ever entirely replace in-person interactions – in a store, or in an exhibition center.


++ If you’re a retailer looking to invest in omnichannel and the employee and customer experience, speak to Flooid. Our single unified commerce platform, 80+ partner integrations and advanced insight tools give retailers everything they need to modernize and optimize the way they sell. 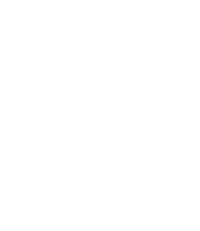 Subscribe
Platform
Unified Commerce Platform
Operations
APIs and Integration
Solutions
Experiences
Sectors
Business Need
Services
Managed Services
Professional Services
Cloud Services
Company
About
Clients
Partners
Careers
Latest
Contact
Copyright © 2020-2022 Flooid | Privacy | Gender Pay Gap Report | Modern Slavery Transparency Statement | Region: USA
Page load link
We use cookies to ensure that we give you the best experience on our website. If you continue to use this site we will assume that you are happy with it.
Check our Privacy Policy for information on how we store, protect and manage your submitted data. Accept